In Post-Roe Louisiana, Things Go From Bad to Worse for Teens 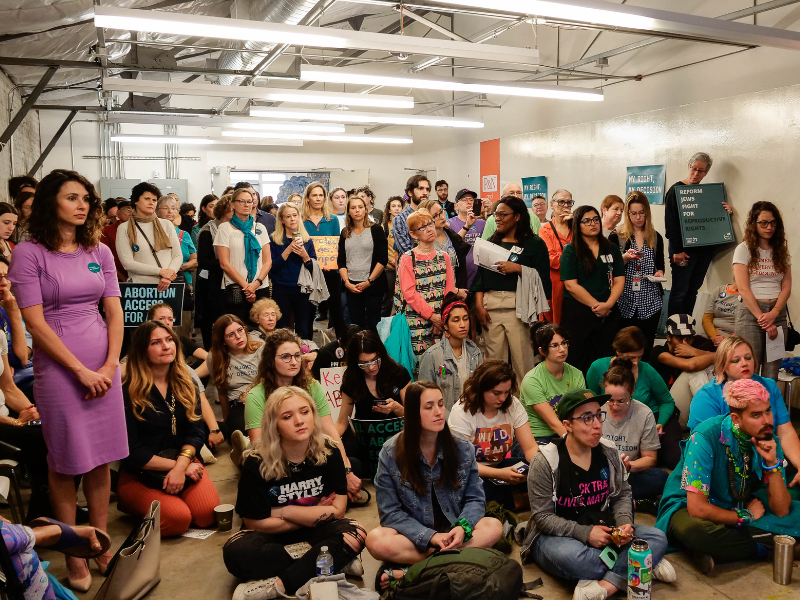 This article was originally published in Ms. magazine on August 22, 2022.

Now that Roe v. Wade has been overturned by the U.S. Supreme Court, Louisiana’s trigger laws banning and criminalizing abortions—although currently contested—are in effect. These bans will have a deep and lasting impact on families across Louisiana, particularly among the most vulnerable—including teens, Black, low-income, and rural Louisianans.

When it comes to sexual and reproductive health, teens in Louisiana have racial disparities and some of the highest rates of STIs, pregnancies and births in the country. Before Roe was overturned, teens already had limited access to abortion care in Louisiana, due to our numerous restrictions, including a parental consent law.

The overturning of Roe, and almost total ban of abortion in Louisiana, will ultimately have a devastating impact on teens. Those who become pregnant will likely experience new or exacerbated mental health issues as they struggle to obtain care. Teens experiencing intimate partner violence will be at greater risk when they become pregnant and are unable to terminate. Currently, Louisiana’s maternal mortality rates are the highest in the country, and homicide during pregnancy is a leading cause. Maternal mortality is expected to rise when abortion is made inaccessible.

Teenagers in Louisiana already experience poverty at unconscionable rates. Forcing unwanted pregnancies upon teens will likely further increase child poverty. Teens will now be forced to give birth in a state that ranks 48th in child well-being. For teens who would have chosen abortion, their educational and career paths will be impacted, and they may struggle to support themselves and their new babies.

The State of Sex Ed in Louisiana
Teens in Louisiana are at a further disadvantage when it comes to having the knowledge and resources to prevent a pregnancy in the first place. Louisiana permits abstinence-plus sex education (including information on abstinence, condom use, and contraception) starting in grade seven, and Orleans Parish permits sex education in third grade and above. But Louisiana schools are not legally required to teach sex education, and about one-third of parishes in Louisiana do not have a policy at all—meaning sex ed is likely not taught. Among parishes that do have a sex education policy, the state law allows some topics to be taught (e.g., information about contraception, pregnancy, and childbirth) but all within the context of abstinence messages.

Louisiana’s sex education policies do not reflect the will of the people: A 2018 survey by the Louisiana Public Health Institute found that the majority (80 percent) of parents, regardless of individual religious affiliation, supported a mandatory sex education curriculum across the state.

Furthermore, comprehensive sexual health education is clearly associated with better sexual health outcomes, including giving adolescents the tools to decide whether and when to become pregnant, but also helping them guard against sexual assault, intimate partner violence, and other difficulties.

Reproductive health education is a first and necessary step to increasing teens’ well-being—but access to reproductive healthcare and contraception must be addressed too. Approximately 70,000 women younger than 20 were likely in need of public support for contraceptive services and supplies in Louisiana in 2015. Twenty percent of this need was met by publicly supported clinics throughout the state. It is unknown where or not the remaining adolescents were able to access contraceptives, but given the limited reproductive health landscape and additional access and confidentiality barriers faced by teens, much of this need went unmet.

Teens in Louisiana Struggle Far Behind Rest of U.S.
Without access to abortion care, comprehensive sex education, and the full range of contraceptive options, teenagers in Louisiana will continue to experience unwanted pregnancy at rates far exceeding the national average—leading to the detriment of their physical and mental well-being. Although self-managed medication abortion is extremely safe, Louisiana’s legislature has criminalized this as well. With limited access to abortion pills, teens have been known to resort to desperate measures. With or without access to abortion in Louisiana, policymakers must provide young people with the knowledge and resources they need to navigate their own reproductive lives.

As Louisianans, we must ask ourselves: How can our legislators claim teens are not mature enough to learn about how their reproductive bodies work, while presuming they can cope with forced parenthood? Abortion is a critical component of reproductive healthcare, and young Louisianans will continue to need it.