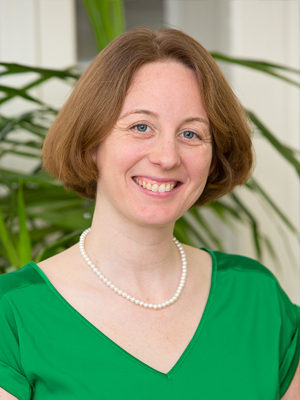 Anna Mitchell Mahoney earned a B.A. from Loyola University in Mass Communications, a M.A. in Women’s Studies from the University of Alabama, and a Ph.D. in Political Science from Rutgers University. She joined Newcomb Institute as an Administrative Assistant Professor of Women’s Political Leadership in August 2014. In 2016, she became Director of Research for the Institute.

She has taught a range of courses at the university level including Introduction to Women’s Studies, American Government, Congressional Politics, American Race Relations, and Women and American Politics.

Anna’s research is centered on women’s representation and gendered institutions which is explored in her manuscript on the origins of women’s caucuses in state legislatures.

Anna is a member of several community organizations including the Women United of Southeast Louisiana United Way, American Association of University Women, the League of Women’s Voters, and was named in 2016 to the Louisiana Women's Policy & Research Commission.

Mahoney, Anna. "One More Time," in Footnotes: A Blog of the Center for American Women and Politics. August 16, 2016.